A SONG TO DIE FOR 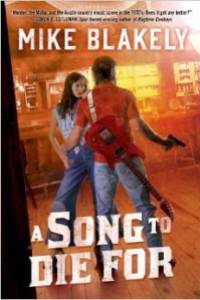 Creed Mason has paid his dues: busted out of his own band by his future superstar girlfriend Dixie, then a tour in Vietnam followed by months of recovery from horrific wounds.

Nashville wanted Dixie but Creed need not have applied. But he’s playing his Stratocaster again in the incipient music scene in Austin, Texas and with a boost from his friend Willie, he gets a shot at a partnership with the living legend, Luster Burnett, coming out of a fifteen year retirement and looking for some backup. Creed finally has some optimism after years of just getting by.

There’s a huge group of players in Austin, the Outlaw Country Music center of the world, and Creed and Luster fit in like smooth worn boots in the old stirrups of their favorite saddles.

But there’s a dangerous group of characters on the periphery too, including Hooley Johnson, a crusty Texas Ranger hot after the Vegas Mafioso; Franco Martini who Dooley is sure killed two University of Texas sorority sisters and is almost certainly still in Austin and still ‘hunting,’ for what or whom, Dooley is not sure.

Creed and Luster work the band into shape and play a few Texas honky tonks where you keep your Army Colt 1911 handy and use it if required from either the stage or at the post performance poker game that inevitably brings the band and the Mob together.

Dixie wants part of Luster’s comeback—she wants it all if she can get it—and she has the clout to pull the strings for her nefarious choreography. Franco is happy to help.

This is a really fun read, very nicely written, full of characters that you’ll love, the Texas settings dead on and the action always entertaining without being frenetic.

I cannot imagine looking over Mr. Blakely’s published to date’ list without ordering more. I already have.

Enjoy this one folks, Blakely’s other works, and hope for many more!

L. S. Miller is a Pennsylvania native and the author of the Pinnacle Award winning novel, A Death in Our Family. He is a graduate of the University of Delaware and has worked around the United States as a roofer, carpenter, architect, and construction executive. Miller now lives in the Texas Hill Country.

K.L. Romo writes about life on the fringe: teetering dangerously on the edge is more interesting than standing safely in the middle. She is passionate about women’s issues, loves noisy clocks and fuzzy blankets, but HATES the word normal. She is also a book reviewer, her bylines included in The Big Thrill, Washington Independent Review of Books, BookTrib, and Shondaland. Her reviews and articles appear at www.romosreadingroom.com, and you can find her on Twitter @klromo and Instagram @k.l.romo View all posts by K. L. Romo